HOW TO MEASURE influencer marketing ROI 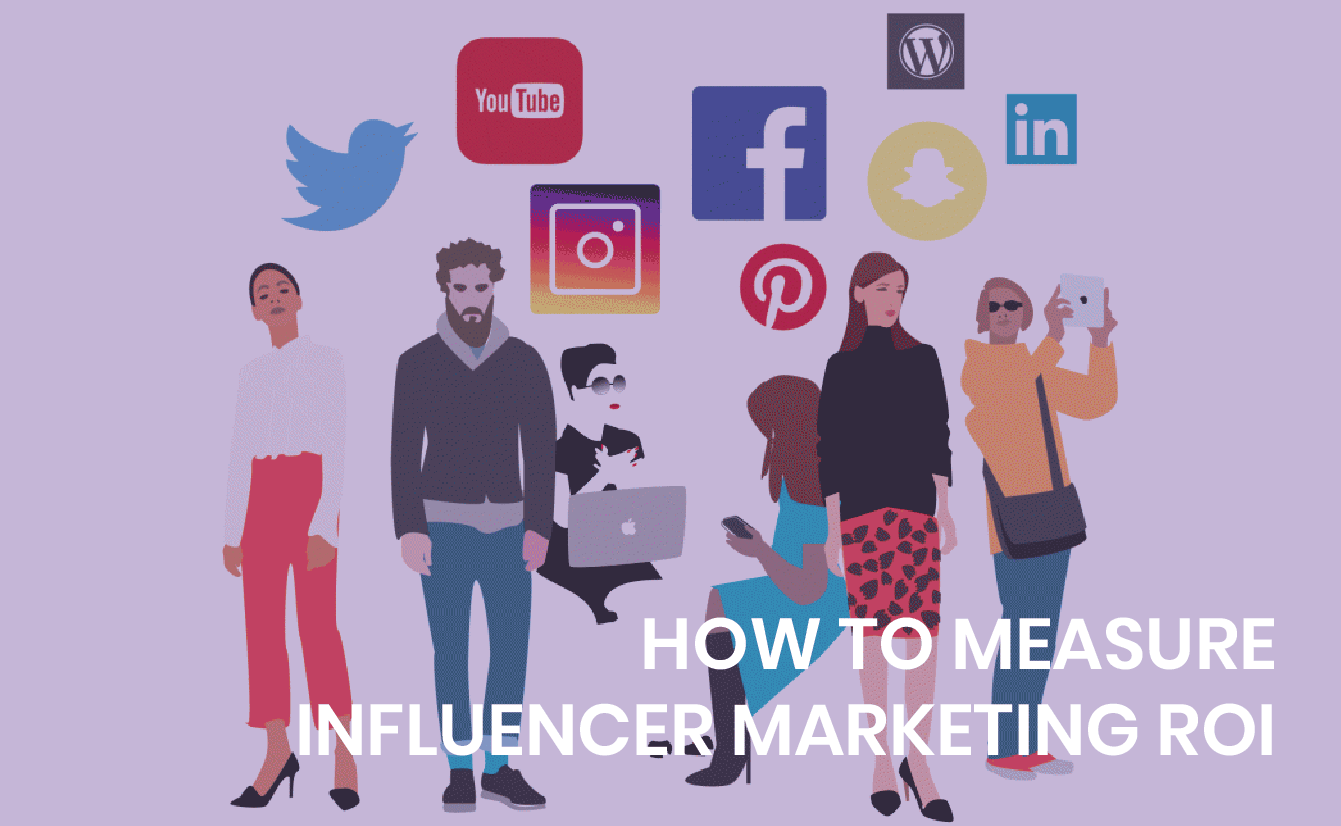 To their followers and fans, they are online stars, dispensing advice, opinions and personal endorsements on anything from make up products to enterprise software. To marketers, they are influencers – a select band of social media luminaries, who command the attention of of hundreds of thousands or perhaps even millions of web users. And their opinions matter. If an online guru is trusted by thousands of followers, then anything that he or she says about your product or brand will at the very least excite interest and potentially drive sales.

That’s the theory. But while there is a now a broad consensus that influencer marketing not only works but also delivers a better return on investment than conventional advertising, the challenge facing marketers is to assign a measurable value to campaigns.

Conventional advertising undoubtedly captures the attention of consumers, but it is not necessarily trusted. When an individual sees a glossy ad for, say, a wireless speaker system in a lifestyle magazine or a video promotion on YouTube, the mix of visuals and text may well stimulate interest but it’s unlikely that any purchase decision will be made until further research has been carried out. Often that research takes the form of reading, watching or listening to reviews, or simply picking up on the social media buzz.

And that’s where the influencers come in. An influencer can go deep – say a ten minute review on YouTube – or do little more than post a few pictures of a hair product or handbag on Instagram. If the influencer is trusted and respected, the profile of the product in question will receive a tangible boost. It’s word of mouth recommendation writ large.

Equally important, online consumers seek out influencers. Most of us cheerfully ignore the vast majority of online banner ads, but visit and revisit our favourite bloggers, vloggers and twitterati on a regular basis.

But here’s the potential problem. Everyone knows the power of word of mouth marketing,  but endorsement on social media – even by a trend-setting star – is not the end of the story. A picture on Instagram or the video review might mark the start of a long customer journey through a range of touch points. The sale, if it happens, could be months or years down the line. It’s not always easy to track a direct line between the ‘influencer’ strategy adopted by the marketing team and bottom line results.

So the question facing marketers, is how do you justify your spend on influencer marketing in terms of ROI. Or to put it another way, how do you put a number on all those views, shares, clickthroughs and comments generated by your community of influencers?  More fundamentally, how do you ensure you achieve a return?

1. Decide what you want to achieve

The first step is to decide on a clear objective for the campaign. So let’s say, you are seeking to bring the power of influencers on a product that is new to the market. Your objective (or objectives) might be:

Meanwhile, it’s important to identify appropriate influencers across a range of available channels which could include, blogs, YouTube, Instagram, Twitter, Facebook and others. Bear in mind that each channel has its own characteristics. For instance, YouTube is the home of video blogs and is often a trusted source of in-depth reviews or demonstrations. Conventional blogs are sought for analysis, opinion and reviews. Twitter provides an ideal means to start a conversation within given communities and one way to raise awareness of a product or brand is to work with ‘influencers’ with large followings to share your content or mention you in tweets. The same tactic can be applied to Instagram. Meanwhile, an endorsement on Pinterest generates interest beyond the hear and now. Items pinned to boards have a long shelf life in terms of visits and responses.

Influencers work in different ways. Many pride themselves on being independent but from the marketer’s point of view there will be costs involved in terms of sending products for review and perhaps also  paying for attendance at press launches.

In other cases, there may be a more direct commercial relationship with the influencer which could take the form of sponsorship or payment or some kind of affiliate commission scheme.

Once you’ve established the broad goals of the campaign, it’s important to set clear numeric targets. That could mean aiming for a 30% increase in website views, a 20% increase in sales or a 100% increase in Twitter followers.  Such things are easily measured and begin to provide evidence of ROI when set against the campaign budget.

But figures showing a rise in sales or a spike in web traffic aren’t necessarily helpful in terms of fulliy understanding the outcome of the campaign. For one thing, the headline figures won’t tell you if the improved performance is linked to your chosen influencers.

There are a number of ways to attribute leads, sales or web traffic to individual influencers. You can provide bloggers with coupon codes as a means of tracking conversions or use links specific to each influencer to tally up leads or sales.  Equally tracking pixels can also tell you how many people are coming to your site as a result of a mention by a particular influencer.

However, when assessing the impact of an influencer campaign on traffic, it is vital to look beyond quantity and carry out the necessary analytic in terms of where people came from,  how long they spent (or did they simply bounce off) and what they did (made a purchase, signed up for an e-mail bulletin, downloaded a white paper, etc.).

Meanwhile in the wider social media universe,  it’s important to measure the campaign not only in terms of shares, likes and comments but also sentiment.

All of which takes into the territory of Earned Media Value (EMV), which is essentially a measure of the effectiveness of a campaign – in terms of reach and engagement – when compared with paid media. This is a controversial measure, not least because there are no universally agreed metrics and methodologies, but a direct comparison between the impact of paid advertising and an influencer campaign does provide one way to measure ROI, other than purely through sales, leads and costs per acquisition.

And by this measure, influencer marketing delivers spectacular results. For instance, a survey carried out by RythmOne in 2016 found that marketers earned $11.69 in EMV for every $1 spent, although the figures varied significantly from sector to sector.

There are numerous ways to measure ROI from Influencer marketing, ranging from measuring sales and leads, attributable to influencers, through to an analysis of EMV. The key is to decide on the metrics that are most relevant to you.