Influencers get 3x the followers of brand accounts

More than 82% of people responding to the survey – identified as those who like influencer content – confirmed that they have made a purchase as a direct result of seeing an influencer post.

The study by HelloSociety also found that consumers need to see at least three branded posts from social influencers before seeking out more information about an endorsed product. It takes exposure to five such posts to spur people on to make a purchase.

The discovery that five branded influencer posts are needed to drive a purchase decision compares with the Rule of Seven philosophy, dictating that a prospect needs to be exposed to a marketing message at least seven times before taking action, HelloSociety adds.

The findings suggest that influencer recommendations have a greater impact than branded posts do, with the caveat that survey respondents were those identified as those more likely to follower influencers. Other broader studies have indicated that the majority of social media users seeking out information about products prefer posts from fellow consumers. Almost half (44%) of respondents to another study said they follow influencers because they “just like looking at their posts’. Only 29% answered that they have made a purchase based on an influencer post.

Hello Society surveyed more than 500 social media users who had expressed having an affinity for influencer content.

Influencer marketing in the beauty sector can conjure up images of glossy celebrity macro-influencers. Manhattan-based beauty start-up Glossier has taken a different approach to appeal to its millennial audience, by employing an army of ‘real’ woman micro-influencers.

Glossier CEO Emily Quartz spoke to Quartz about the brand’s ‘high influence, low individual reach’ strategy: “What’s motivating to us is the idea of every single woman being an influencer” she explained.

Relying on real, relatable women to promote their minimal skincare and cosmetics range appears to be working for the brand. Glossier has achieved cult-like status in relatively little time. The brand was named one of Fast Company’s Most Innovative Companies of 2017 and is poised to launch its own branded range of wearable merchandise.

Snapchat now has 203 million daily active users, a growth of 13 million users or 7% since the end of the first quarter. The news of this buoyant user growth has caused a surge in stock for parent company Snap Inc, whilst positioning the platform as a useful place for influencers and marketers to be.

This increase marks Snapchat’s strongest quarter of user growth since 2016, the year before it went public, and could be fuelled by the new Android update. 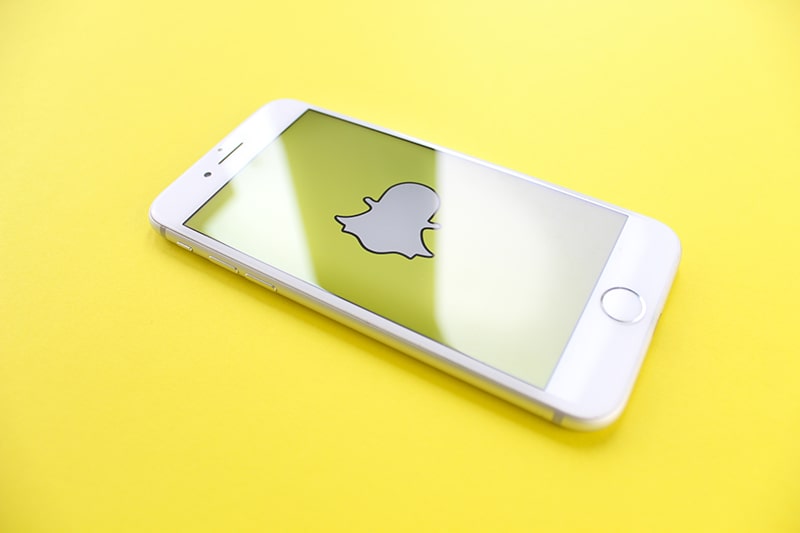 Part of the Android app update is Snapchat Lenses – an augmented reality feature that enables users to distort their features. Another popular filter released this year allowed people to change their gender in photos, or use a “baby” filter to see a younger, rounder face.

Snapchat’s prior growth slump can partly be attributed to a poorly received redesign a couple of years ago. The 2017 update sparked backlash amongst users who rallied against Stories being displayed in between private messages. Some 83% of reviews on App Store for the update were negative with only one or two star ratings.

Snap CEO Evan Spiegel attributed the recent growth to several recent changes to the app, as well as leadership changes. “Completing these transitions has established a strong foundation for growing our community, increasing engagement and growing advertiser demand”.

Following the Android app update, Snapchat is also seeing a 10% increase in the retention rate for people who open the app for the first time. Meanwhile, Snapchat’s Discover platform has grown its audience by 35% this year, with daily watch time up by 60% in the same period.

At the time of writing, Snapchat had also just announced its first paid media advertising campaign around its connected friendships ethos, which some have called an ‘anti-Facebook’ approach.