OZY is a US thought-leading media platform. Founded as a digital news and culture magazine, it reaches over 50M people every month – from OZY.com to social media, email, app, TV, podcasts, live events and more.

OZY Fest is an annual eclectic festival of music, comedy and ideas held in Central Park, combining live music, great food, and political debate. Described by the New York Times as “part music festival, part Ted talk, part food fair”, this annual festival began in 2016 and has been dubbed as an integral part of the NYC festival scene.

Generate ticket sales and buzz around OZY Fest 2019, and boost brand awareness and audience growth through both organic and amplified social media posts.

From a long-list of 50+ potential influencers within OZY’s target profile of NYC urban, curious thinkers, we recruited 10 x influencers with 10K to 25K followers
to promote OZY Fest 2019 in the lead-up to the festival from May -July 2019. 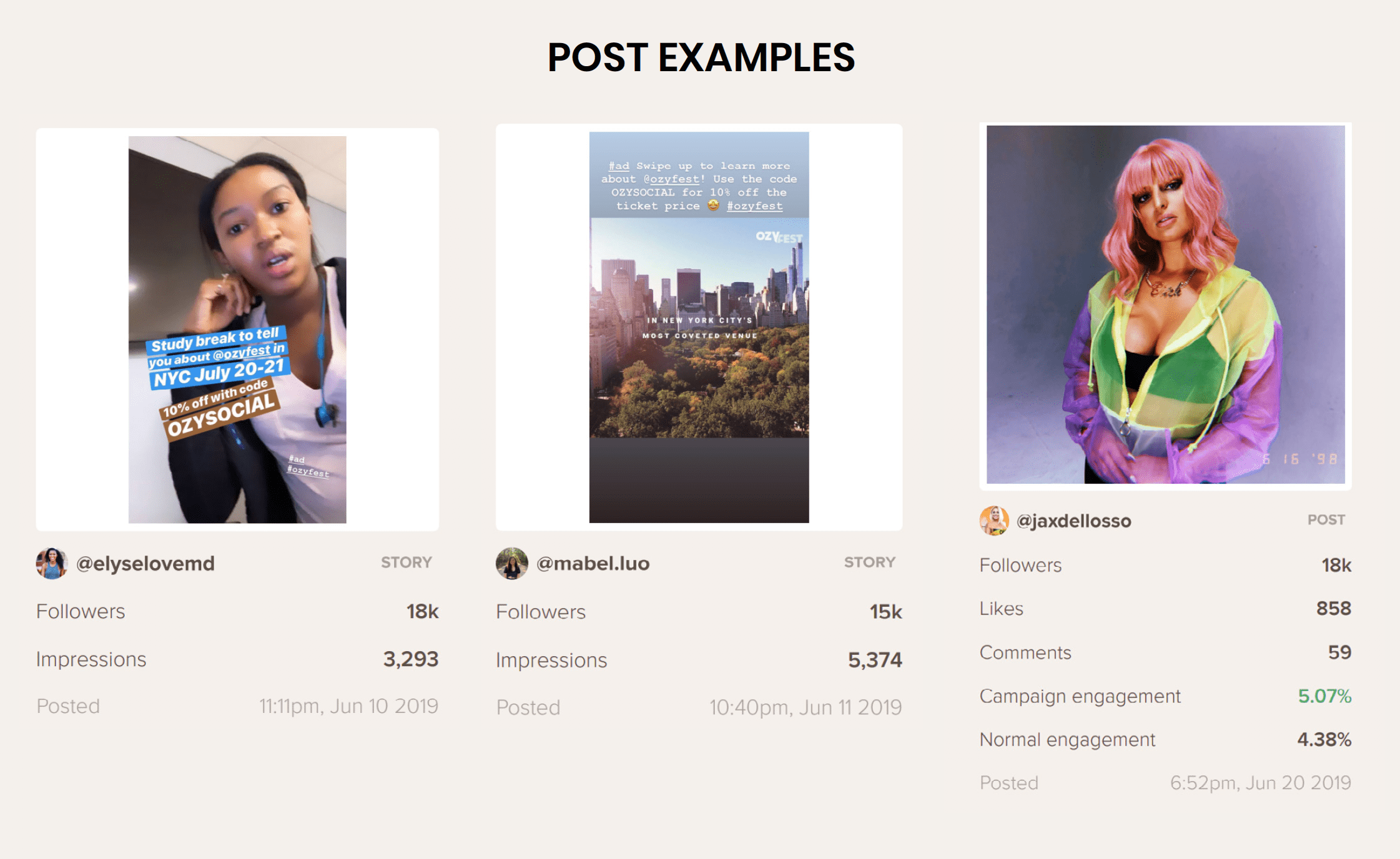 OZY Fest 2019 was a sell-out, and with our combination of targeted and high-engagement influencers, we contributed to a hugely successful brand awareness campaign which created significant buzz in NYC.

With individual UTM links used and post-amplification boosts set-up, the client was also able to track conversation rates, compare organic results vs boosted, and control further amplification of content, ensuring the best-performing posts were optimised and amplified even further within NYC.

“The InfluBase team did a great job in finding influencers who were relevant to our project. The team managed the program efficiently and professionally.”